Nuclear Energy at a Crossroads: Report from the World Federation of Scientists International Seminars on Planetary Emergencies by Carmine Difiglio

The World Federation of Scientists held its 50th Session of its International Seminars on Planetary Emergencies (the Erice Seminars). Over the years, the Erice Seminars have discussed many varieties of planetary emergencies. During the Cold War, its primary focus was avoiding nuclear conflict by bringing together influential scientists from the Soviet sphere, Western block and non-aligned countries. 1 Since then, Professor Antonino Zichichi, Chairman of the World Federation of Scientists and founder of the Erice meetings, has also focused the Seminars on everyday problems that cause human suffering with the aim that scientific understanding and consequent action can solve them. To achieve this goal, the Erice meetings bring together a wide variety of scientists, policy analysts and government officials to have multi-disciplinary discussions concerning severe threats to humanity as well as urgent everyday problems.

One of the urgent everyday problems is meeting the growing world-wide demand for electricity with dramatically lower greenhouse gas emissions. Achieving a sustainable world-wide power sector will require an ever-increasing share of electricity generating technologies that have extremely low greenhouse gas emissions such as renewable energy, nuclear power or the use of fossil fuels with CO2 capture and storage. 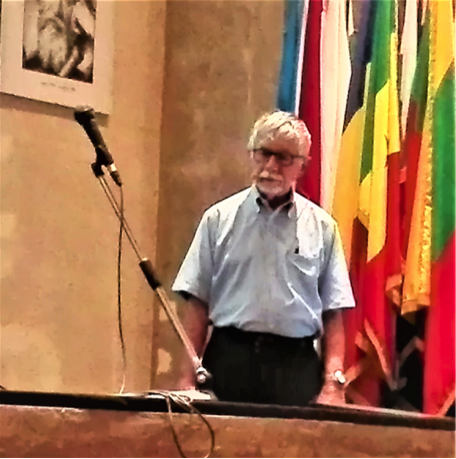 Only one of these options is showing healthy growth: wind and solar electricity, albeit growing from a small initial base. Nonetheless, we must ask, is it realistic to expect to decarbonize the power sector with only renewable electricity? Will nuclear power or fossil fuels with CO2 capture and storage also be needed?

Figure 1. Professor Difiglio listens to a question at the World Federation of Scientists International Seminars on Planetary Emergencies

This question received considerable attention at the 50th Erice Seminars as well as the future of nuclear energy in the world’s power sector. It was noted that several recent nuclear projects in Western Europe and the United States have experienced long delays and large cost escalations.