As a response to the short-term oil-supply shock resulting from the military operation launched by Russia against Ukraine, the International Energy Agency's (IEA) Member Countries decided on March 1, 2022 to release 60 mb from their emergency stockpiles to convey a unified and strong message to global oil markets that there will be no shortage of supply as a result of the Russia-Ukraine crisis. “I am pleased that the IEA has come together today to act. The situation in energy markets is very serious and demands our full attention. Global energy security is under threat, putting the world economy at risk during a fragile stage of the recovery,” said IEA Executive Director Fatih Birol. “I am grateful that IEA member countries made available the initial 60 million barrels to provide stability to oil markets,” Dr Birol added.10 Dr. Birol further defined the 60 million barrels as “an initial response,” and stressed that “it is only 4% of our stocks. If there's a need, if our governments decide so, we can bring more oil to the markets, as one part of the response.” In an update on the contributions of IEA member countries to the IEA Collective Stock Draw on March 9, member countries have made roughly 62.7 mb of emergency oil available. 12 More than two-thirds of this comes from public stocks and almost one-third from the reduction of the stockholding requirements imposed on businesses. Following the first release, the U.S. Department of Energy (DOE) issued a second emergency notice for the sale of crude oil from the Strategic Petroleum Reserve on April 1, 2022, stating that “the first 90 million barrels will be released between May and July, through two notices of sale totaling 70 million barrels, and 20 million barrels already scheduled to be released in May 2022. The remaining 90 million barrels will be released between August and October 2022.”

In order to further reduce market volatility, IEA member countries agreed to an additional release of emergency oil stocks on April 1, 2022. According to a press release, “the IEA Governing Board confirmed today that the total amount committed to date stands at 120 million barrels, making it the largest stock release in IEA history, demonstrating strong unity.” 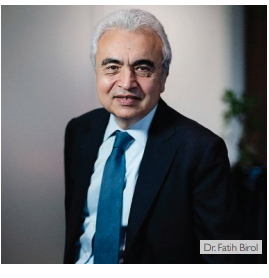 “The unprecedented decision to launch two emergency oil stock releases just one month apart, and on a scale larger than anything before in the IEA’s history, reflects the determination of member countries to protect the global economy from the social and economic impacts of an oil shock following Russia’s aggression against Ukraine,” said IEA Executive Director Fatih Birol.