The IEA Executive Director, Dr. Fatih Birol, is leading a comprehensive IEA modernization program by opening the doors of the organization to include major emerging countries such as Brazil, China, India, Indonesia, Mexico and South Africa. They have recently joined the IEA as the Association Countries. Consequently, the share of global energy demand represented by countries participating in the IEA has increased from 38% to almost 75%. In line with this inclusiveness strategy, Dr. Fatih Birol, who is also IICEC’s Honorary Board Chairman, has been visiting countries world- wide, including the top energy consumers represented within the IEA as well as OPEC countries that continue to supply about one third of world oil supply.

As usual, Dr. Birol has had a busy travel schedule paying a visit to Japan on April 12 to meet with Prime Minister Shinzõ Abe. Afterwards, Dr. Birol visited Iraq and met with Iraqi President Barham Salih in Baghdad. Then, Dr. Birol visited Beijing on May 16 where he met with senior government officials and launched a major new report on China’s natural gas market. 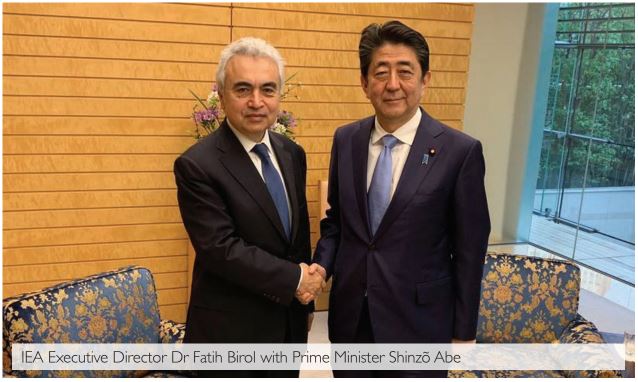 In his meeting with Japanese PM Abe, their discussions focused on upcoming IEA contributions to the G20 Osaka Summit, particularly a major IEA new report on hydrogen energy. Japan has become a leader in broadening the role of hydrogen, particularly within the transport sector. Hydrogen is already an important part of energy systems, mainly for its use in the refining industry and as a feedstock for chemicals production. But its future potential is much larger. Japan is not the only country with a strong interest in hydrogen so it is beginning to enjoy worldwide support and interest. The opportunities for investing in hydrogen is rising1 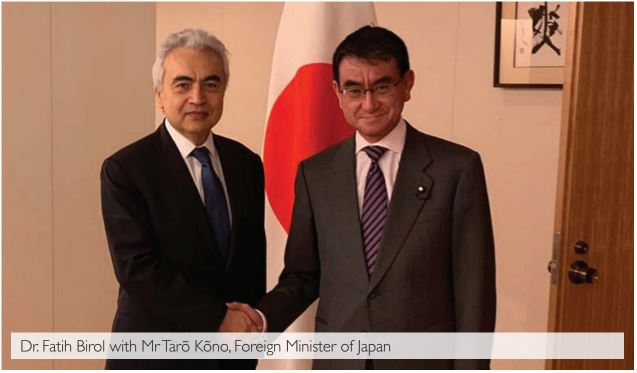