Despite the robust supply growth currently coming on-line in global LNG markets over the near-term, the outlook for liquefaction capacity over the medium-term is starting to appear tight. The potential for the shortfall is driven by the dual forces of rising global LNG demand and the lack of sanctioning of new liquefaction facilities over the past few years. Acknowledgment of the growing potential for a supply gap has been growing recently in the market, including recent comments by the CEO of Qatar Petroleum (QP). 1

The first such deal was announced in May of 2018 by Cheniere Energy, a Houston-based firm that operates the Sabine Pass LNG export terminal in Louisiana. Cheniere then announced approval for the construction of a third liquefaction unit or “train” for its Corpus Christi export terminal in Texas.2The firm did not include the project’s cost in its announcement, but Cheniere’s trains have averaged around $3 billion. The first two trains at Corpus Christi are slated to stream next year. The addition of 4.5 Mt/y from the third train should come by 2021.

More notably, the recent sanctioning of Royal Dutch Shell’s LNG Canada project, which the company announced would cost $31 billion, could be a bellwether event for the evolution of the LNG market. Its export capacity would be as much as 26 Mt/y of LNG per year3This facility would be among the world’s largest LNG terminals, with Shell holding a 40% stake, Malaysia’s Petronas holding a 25% stake, Japan’s Mitsubishi and China’s PetroChina each holding a 15% stake, and South Korea’s Kogas with the remaining 5% stake.4

This megaproject in particular may be a harbinger for a new wave of FIDs in the coming years, including 11 projects that are likely to receive FIDs by 2019, including two in Mozambique and Russia. LNG Canada also offers China a source of North American LNG as the uncertainty of a trade war with the US increases

TQatar Petroleum will be expanding its domestic LNG operations, adding a fourth train to a domestic facility. The expansion would boost LNG production by 43%, raising capacity from 77 Mt/y up to 110 Mt/y by 2023. Qatar Petroleum did not announce a financing source for the 4th train, but noted that the company may be the sole financier of the project. Qatar’s decision to add a fourth train came after a positive appraisal of its world-class North Field. QP expects to award the engineering, procurement, construction, and installation contract for the field’s offshore jackets by the end of 2018. Development drilling would ensue shortly thereafter.5 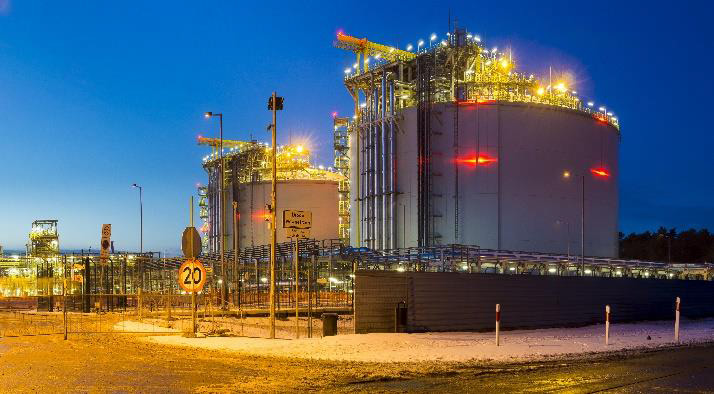