Turkey has made a major gas discovery in its sector of the Black Sea with the Tuna-1 well, which is estimated to hold 320 billion cubic meters (bcm), or 11.3 trillion cubic feet, of dry gas, Turkish President Recep Tayyip Erdogan announced on August 21. President Erdogan said he was targeting 2023, the centennial year of the Turkish Republic’s foundation, to bring the gas to “the service of the people.” “We have finished our studies. There are indications that there can be other reserves so that reserves could increase. We have many licenses for further exploration and discovery. Sakarya was the first, and we hope more will follow,” he said.

Energy and Natural Resources Minister Fatih Dönmez also described the discovery as a ‘milestone’ for Turkey, emphasizing state-owned oil producer TPAO (Turkish Petroleum Corporation) discovered this gas reserve at the 9th deep-water drilling, only 14 months of detailed seismic exploration in a region covering almost 2,000 square kilometers. “We will continue seismic explorations in an additional area of 6,000 square kilometers,” Dönmez said, adding that new wells would be drilled in the Sakarya field.

Having conducted six failed deepwater drilling through partnerships with international companies in the Black Sea since 2004, Dönmez underlined that TPAO had gained extensive knowledge and experience in recent years, and Turkey will continue its drilling and seismic studies through its own means. “Probably, an international tender will be held for the construction of the required pipeline. 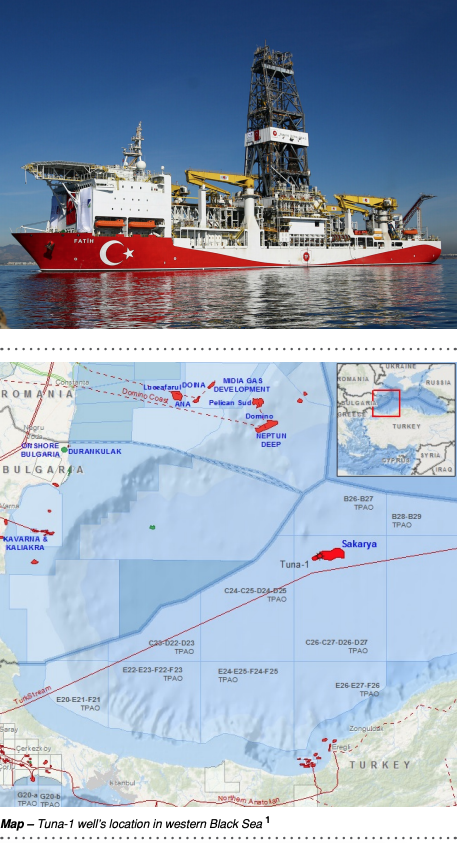