Japan’s Fair Trade Commission ruled recently that destination clauses in LNG import contracts are anti-competitive.1 Standard destination clauses in most long-term LNG contracts restrict where shipments can be unloaded and prevent buyers from selling excess cargoes. Japan would benefit from reselling its excess LNG imports on the spot market. The ruling is in line with the more competitive international gas market pressured by growing world-wide LNG supplies from the United States, Australia, and Africa and the liberal terms of U.S. LNG contracts. Spot LNG prices in northeast Asia are currently around $6.70 per mBtu, less than a third than a year ago.2 Also, Asian buyers are no longer being overcharged because of their contracts that link LNG prices to oil prices.

IICEC Director Professor Carmine Difiglio explains why Turkey is an ideal location for a regional natural gas pricing hub in a wide-ranging interview in today’s Ekonomist. He also discusses the relationship between energy security and “energy independence.”

Link to the English translation of the interview is as follows: 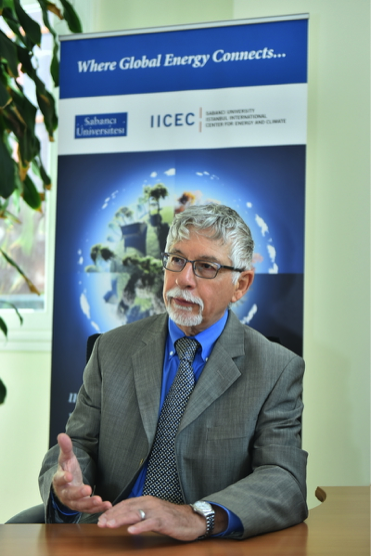